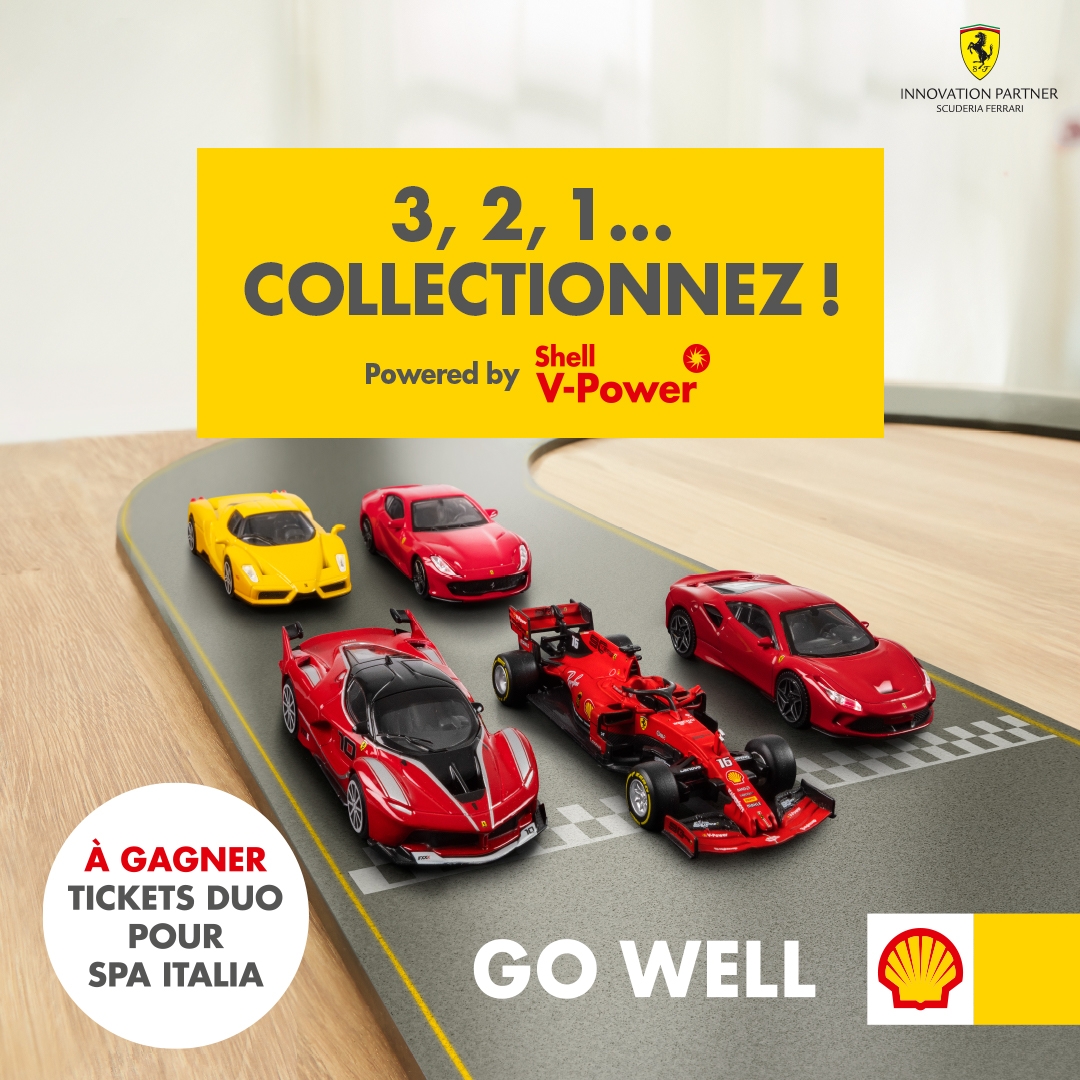 Shell and Serviceplan put you in pole position for a Ferrari

On the 5th of October 2020, Shell launches Dream Collection, a loyalty campaign during which 5 exclusive Ferrari scale models can be collected by filling up at Shell. The campaign will last until the 11th of January 2021.

Shell and Scuderia Ferrari are no strangers to each other. The two parties have been partners since the birth of the first ever Ferrari car and thus form one of the longest-running collaborations in the history of motorsports, as well as one of the most successful ones when it comes to victories. Dream Collection adds another chapter to that partnership. By collecting scale models of the Ferrari Enzo, F8 Tributo, Ferrari 812 Superfast, Ferrari FXX and Ferrari SF90 F1, every fan of motorsports gets the chance to relive the mythical story of Ferrari.

By inviting drivers to scan their ticket via a QR code that leads to a Web App, Shell continues the technological innovation of their ‘Lucky Numbers’ summer campaign. Per 10L of carburant, the driver receives a sticker. For 10L of Shell V-Power, drivers receive 2 stickers instead. That way, Dream Collection puts the performance-boosting carburant, developed in partnership with Scuderia Ferrari, on centre stage again. Every Ferrari scale model requires 6 stickers, together with an added €3,99.

For Serviceplan, the campaign is another example of their signature House of Communication (HOC) concept, the ecosystem of the group. From all 12 print support formats to digital billboards in the stations throughout Belgium and the Grand Duchy of Luxembourg: every aspect was produced in multiple languages (Dutch, French and German) under the same roof. Mediascale, the Data & Programmatic department, even offered Shell the opportunity to redefine their understanding of the target group through a psychographic study. Furthermore, the campaign included advertisements together with Roularta, as well as a second collaboration between Shell and Carbu.

With combined track records like these, Shell and Serviceplan are set to hit the road with Dream Collection.

Contact
Nancy Delhalle, CMO, n.delhalle@serviceplan.com, +32 (0)488 288 361.
Serviceplan Group - Building Best Brands
Serviceplan is the largest owner and partner-managed agency group in Europe. In our House of Communication, the only fully integrated agency model, all manner of communication disciplines work under one roof; whether strategists, creatives, media, design or online specialists, CRM experts, market researchers or content specialists - at Serviceplan, everybody works together. The additional corporate brands within Serviceplan Benelux - Plan.Net, Mediaplus, Mediascale, Neverest, 20Something and Solutions - also rank among the market leaders in their respective fields. What binds us all together is the passion to develop and to coach fascinating brands. Brands that are economically successful and that evoke emotions in the minds of consumers - in other words, Best Brands. Innovative communication is the path to this goal.