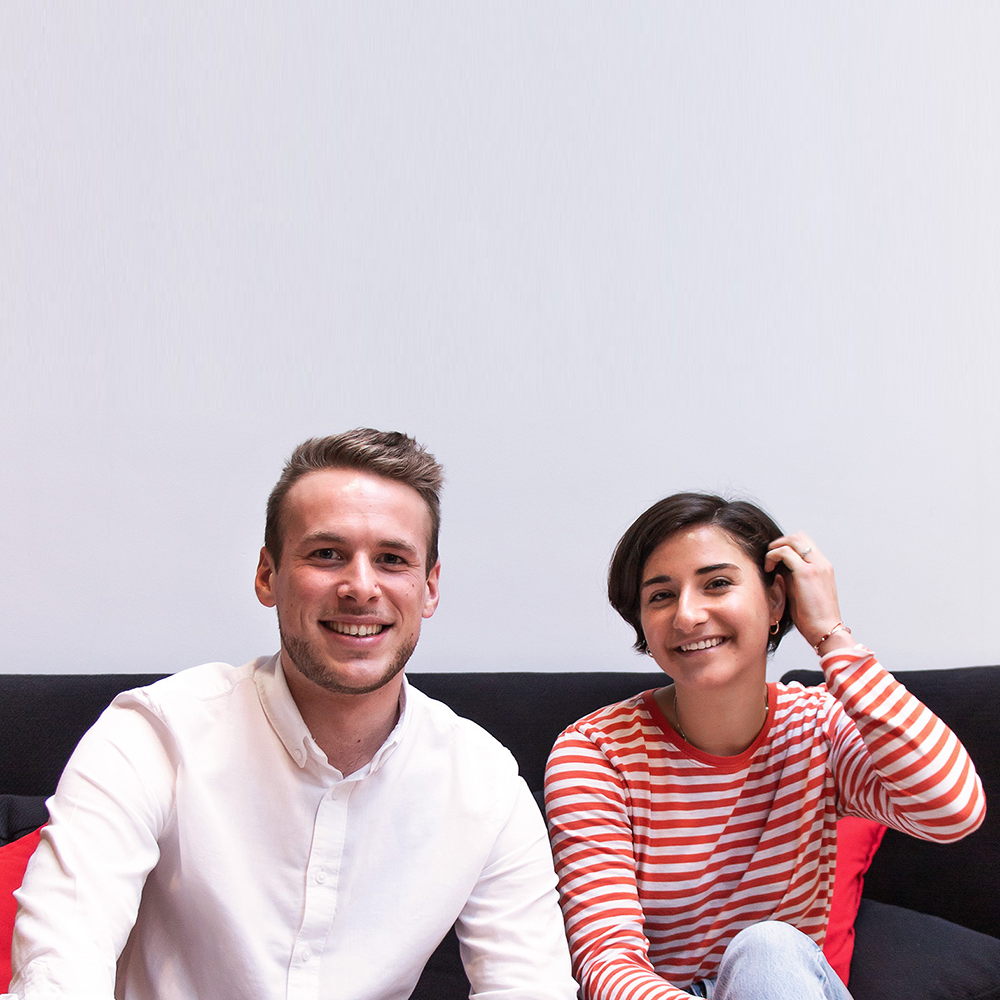 Julia studied event management in Vienna and did an internship in New-Zealand. After her travels she followed further education in graphic design and moved to South-Africa where she worked for an advertising agency. Hervé left for New-Zealand after his studies and continued his journey on to Australia, where he worked as a graphic designer for Bastion Brands in Melbourne.

These ambitious globetrotters decided to bring their luggage full of experience to Serviceplan Solutions where they’ll be responsible for the account of L’Oréal Belgilux.

Serviceplan started a search in early 2018 to map out interesting technology start-ups (identification), qualify them (scoring) and initiate the relationship with them (integration). The idea is simple: start-ups receive personalised coaching in entrepreneurship from the various MDs within the group, as well as in the practical implementation of the day-to-day management. This is in addition to free infrastructure (housing, IT, facility services, etc.). In exchange, Serviceplan receives a serious technological energy boost in all its departments.

Uncanny, a start-up from the Flemish Kempen area operating in the field of Immersive Technology (AR/VR, Mixed Reality, etc.), is the first confirmed participant in Serviceplan’s technology network. Uncanny was started one year ago by the then-student Jeff Luyten and professional cameraman Michel Séquaris. Both young men found their way to the CRIB, the Limburg incubator on the C-Mine site.

Jeff and Michel wanted to take the next step in the professional development of their company and encountered Serviceplan along the way. “Serviceplan and the various agencies within this group (Plan.Net, Mediaplus, Mediascale, Neverest and the related agencies in Amsterdam) simply increased our desire to start this cooperation. The multidisciplinary approach embedded in the Serviceplan model, where media, technology and creativity are combined daily, convinced us to take the next steps in the development of our company together with Serviceplan, its senior managers and experts. Serviceplan’s professional framework, not only in Belgium but also internationally, will not only help us to continue writing the story of Uncanny, but also to help shape the grammar, the dictionary of immersive technology. Pioneers in an entrepreneurial environment. That has got to succeed,” says Jeff Luyten, co-founder of Uncanny.

Likewise, the Serviceplan Group is now also strengthening itself by gaining a genuine partner in AR/VR and Immersive Technology in general. In this way, it can meet the increasing customer demand for new ways of shaping the brand experience.