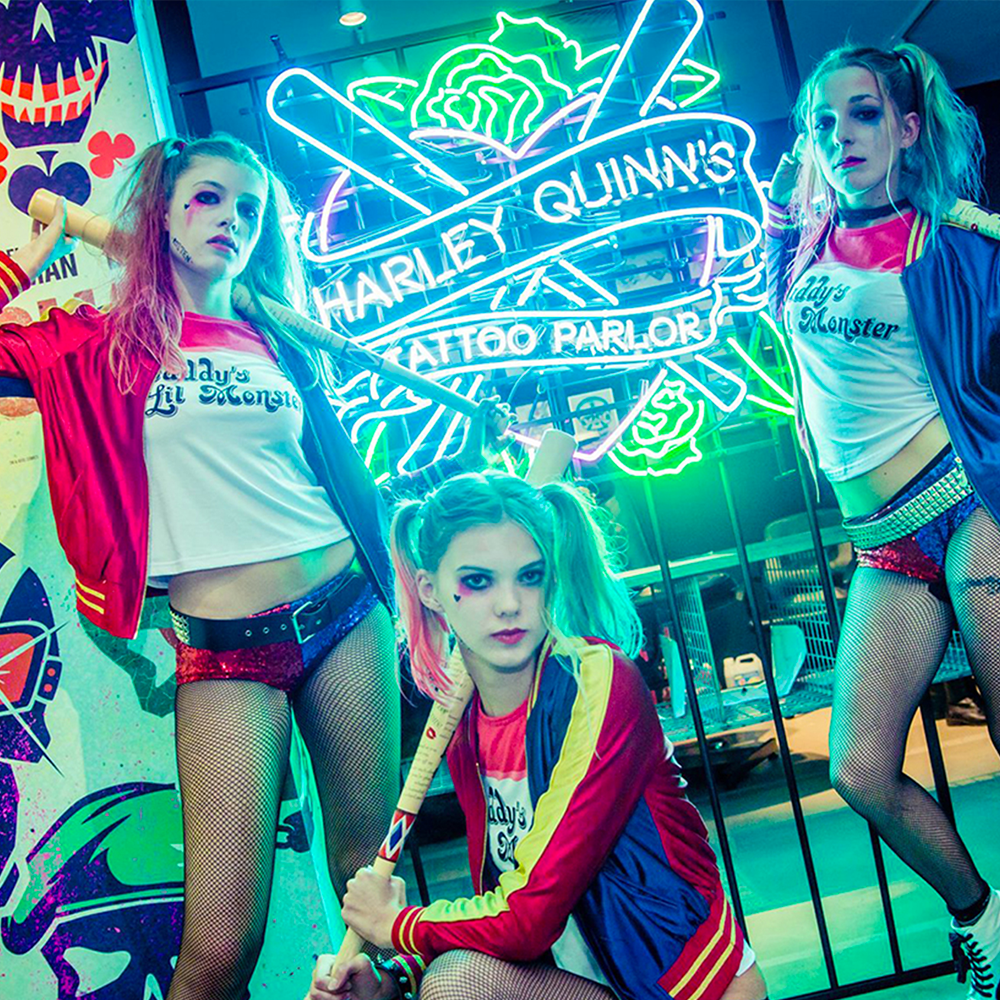 Suicide Squad is an insane film starring famous DC Comics’ villains as the worst heroes ever to save the world. To promote the film in Belgium we designed the #PopUpSquad, a flipped-out pop-up store located on the Meir, in collaboration with Citycubes and Warner Bros. Pictures.

At the #PopUpSquad, you could watch Suicide Squad trailers, artwork and behind-the-scenes. take badass pictures at the photobooth, get a temporary tattoo or go for the real stuff: a Squad-tattoo inked by the famous Antwerp tattoo artist Joe Dynamite.

Fans had to register for a real tattoo on the #PopUpSquad website. This site contained info about the film and the things you could do at the pop-up. The website was created by Plan.Net.

But there was more. Leading to the premiere, we came up with Snapchat contests like the Joker Laugh Contest, a Snaphunt in 3 Belgian cities and a Suicide Squad quiz. Fans could win tickets for the premiere and goodiebags.